Jordan: Why your writing voice matters 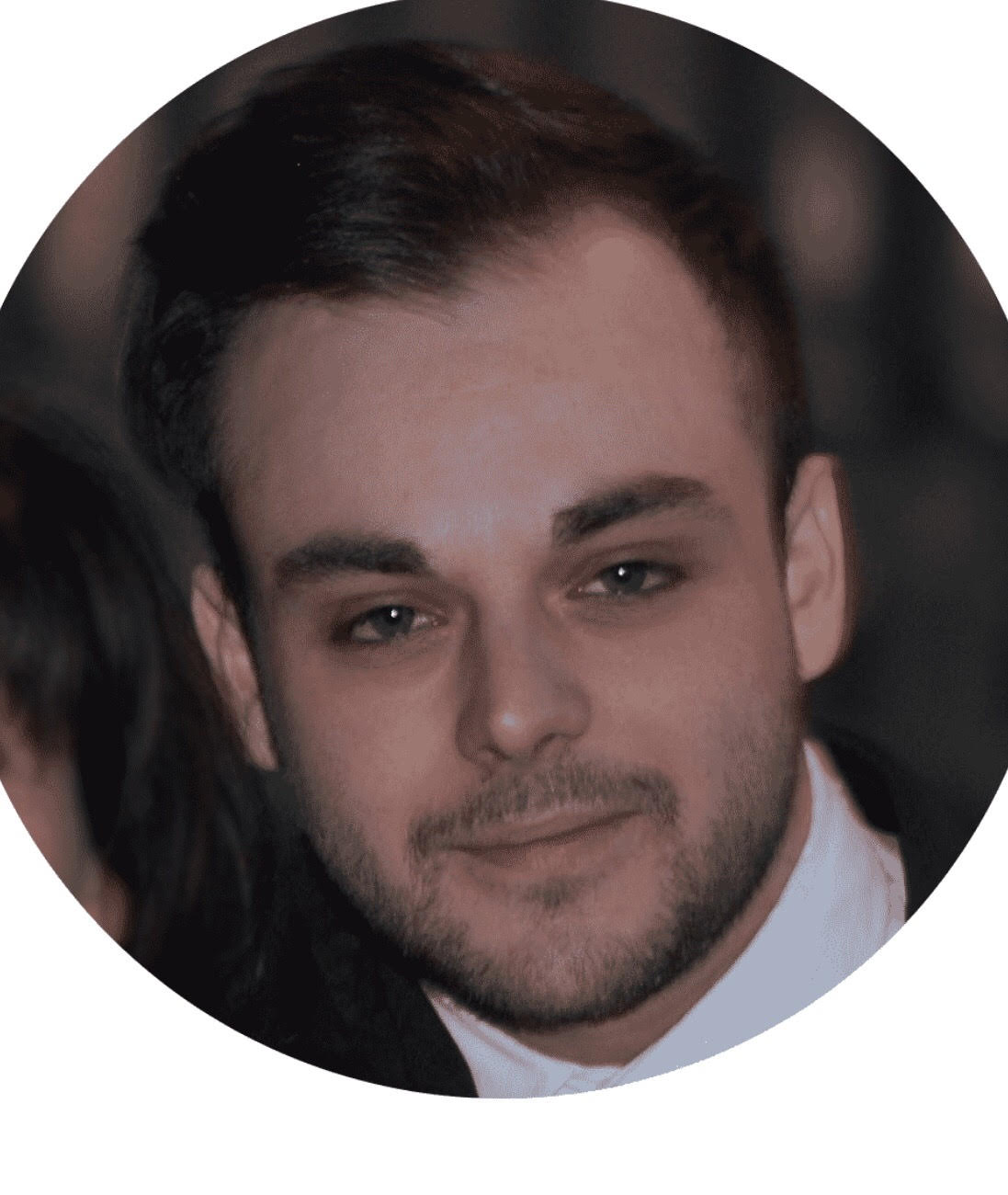 Writing a book is usually a long process. Even though I have always enjoyed writing, it took me over four years to write Forgiveness and Violets. I first started to write poems and daily observations early in life. Then, in my 30s (after I moved to London) I continued to write thoughts and quotes (trying to find meaning) during my daily commute. I would often do this in the evenings, lying in my bed, the table besides me covered in post-it notes. Eventually I realised that I had 56 whole stories. I toyed with the idea of publishing them, but how? And who was to say that my stories were good enough to make it in print? After I met Richard McMunn at The Business Show in Autumn 2018, I joined his programme for aspiring writers. I was then introduced to Jordan Cooke, an experienced editor with a creative writing degree. At first, I was nervous to hear his opinion. But he read my stories and informed me that there was definitely enough material for a book, and that together the stories could form a cohesive narrative.

Initially, I had some worries about whether this cooperation would work, since Jordan has a different background and is from a younger generation. I didn’t know how he would react to topics such as poverty, bullying, trauma, mental illness, sexuality and religion. Luckily, my worries were unfounded. Jordan made me aware that if he were to edit my book, he would take special care not to change the ‘voice’ of the work. This was my story, and it was important that my voice was maintained throughout the editing process. Once he said this, I knew he was the right person for the job, and we got to work on fixing inconsistencies between the stories, repetitions, sentence structure and grammar.

We started the editing process in January 2019, and things were progressing well until June. Then, my mother died. I couldn’t focus anymore. Grief has an impact on all areas of life, and I put the editing process on hold for three months. In October 2019, I wrote to Jordan that I would like to pick up where we left off. Thankfully, Jordan was a true professional: patient, writing emails filled with empathy and deep human understanding. Looking back, I wasn’t aware that the editing and publishing process involved so many steps. From getting an ISBN number to book cover design, overall style and layout, typesetting and submission to Amazon, it’s no simple task, but Jordan and the Book Publishing Academy made it easy and straightforward.

Following publication, I contacted Jordan and asked if he would be interested in having a conversation. Lucky me, he said yes!

Hi Jordan, I would like to learn more about the different editing styles. At the beginning of our communication you made me aware that you differentiate between a soft edit and hard edit. I prefer the soft edit. I didn’t want big changes to my writing style, although my sentences in English are rather short. Can you tell me more about editing styles and your work?

Jordan: Hi Eva, thank you. There are two styles of editing: proofreading and copyediting.

Proofreading means that the editor will check your work for grammar, spelling, and punctuation, and will generally refrain from editing elements such as sentence structure or voice. It’s not so much a limited edit, as one that deliberately refrains from impeaching on the author’s style.

Copyediting is more ‘all encompassing’, and gives the editor more license to chop and change things where they deem necessary, including editing sentence structure and moving things around.

Generally, I would say that my style is closer to copyediting, but the value of being a good copyeditor is that you can always hold back and simply proofread where necessary. My primary focus when editing a book (alongside grammar) is to strengthen the author’s voice and the way the work ‘sounds’. Whenever we read a book, we’re reading out loud in our head. Therefore, it’s important that the voice the reader hears is as consistent and melodic as possible. This encompasses many factors: sentence length, word usage, comma placement, and more. I’m not a grammatical renegade, but I do think that there are creative ways we can use grammar, spelling, and punctuation to enhance non-fiction books too, instead of blindly following a set of rules.

In my book, there are some difficult stories dealing with sensitive topics. How do you mentally process and work on challenging contents?

Jordan: I’ve been working as an editor for five years now, and in that time there have been some particularly challenging books. Topics have included: people battling with life-threatening diseases, the story of a brave little boy diagnosed with a terminal illness, and even a book about pregnancy. Even though said books are challenging on an emotional level, I think those are the stories I value the most. Taking the example of the pregnancy book, this was a huge eye-opener! I learned so much from this book that I would otherwise have been clueless about. I’m grateful not only for the chance to learn about these topics, but also that people can entrust me with sensitive, important stories.

“My primary focus when editing a book (alongside grammar) is to strengthen the author’s voice and the way the work ‘sounds’. Whenever we read a book, we’re reading out loud in our head. Therefore, it’s important that the voice the reader hears is as consistent and melodic as possible. This encompasses many factors: sentence length, word usage, comma placement, and more.”

Apart from hard skills, your job requires certain soft skills, particularly when you communicate with people about their personal stories and life experiences. Such skills you certainly have… what is your story, did you always want to be an editor?

Jordan: In truth, until I started my previous job I had never considered working as an editor. My job had two primary responsibilities: writing career advice books and helping our publishing clients. When some of our clients enquired about editing, it made sense for me to give it a try, and from there it became a very regular thing. I’ve edited over a hundred books since 2015, so I would like to think of myself as highly experienced by this point!

Regarding ‘soft skills’, when I first started editing I was fairly blunt with my changes and suggestions. I’d learned the tough love approach from my time at university, where writing workshops frequently took a brutally honest approach. While this helped me grow and develop as a writer, it wasn’t necessarily great for morale, so I’ve had to tone it down when giving my own feedback.

You’ve worked with many writers, what advice would you give aspiring/new writers regarding their manuscripts?

Jordan: Speak your work out loud. It’s amazing the difference this can make. And I don’t just mean reading the work in your head either; if you take the time to print a page from your manuscript and then sit and read and actually speak it, you’ll be surprised at the things you spot. Books are meant to be read verbally, and therefore the best way to ensure things are watertight is to print it off and start speaking what you’ve written. This is especially the case if you’ve got sentences that need to be cut down.

You liked my story “Forest of Darkness, Forest of Light”, and your reaction to this story touched my heart. Can you tell me why it’s this story that you will/want to remember?

Jordan: I think, alongside the brilliant title, it’s a moment of real honesty combined with beautiful writing, and those two elements don’t necessarily always come together in the way writers would like them to. On a personal level, this story really resonated with me, and I think you did a fantastic job of illustrating just how disorientating mental health issues can be. This was the moment in your book where you allowed yourself to be the most literary, and I appreciated that.

I’m curious about your future plans, because you mentioned writing a book yourself. Do you want to become an author and what motivates you to write?

Jordan: I am currently writing a crime fiction book, but it’s been very stop-start for a while now. In terms of motivation, the best way to explain it is to give a short anecdote. I studied English at university, and for the best part of two years I really struggled with the books we were given. They just weren’t interesting to me, I didn’t enjoy reading them (Moll Flanders was a prime example of this) and I was just fed up of being given pre 1900s, borderline illegible books where you had to work hard to understand even the simplest sentence. I’d even lost my enjoyment for writing. Then, late in my second year, we were asked to read The Long Goodbye by Raymond Chandler. This book changed my whole outlook. Not just because it was legible, but because the book was written in such a beautiful, poetic way. Every sentence was infused with meaning, so carefully crafted that it ‘sang’ off the page. For me, that was a wow moment. Now, I want to write fiction that inspires others to feel the same as I did in that moment, with that book. If I can do that for just one person, I would consider my book a success.

Thank you, Jordan, for all the thoughts and insights you shared during this conversation. We are connected in a way that is very special to me. I wish you continuous success.

Jordan: You are most welcome, thank you so much for giving me the opportunity. I really appreciate it!

Jordan Cooke is an M.A. qualified writer, who is currently working as a freelance editor and content creator. You can get in touch with Jordan to discuss work or anything else, at JordanCooke1992@gmail.com or via https://www.linkedin.com/in/jordan-cooke-a79863b0/ 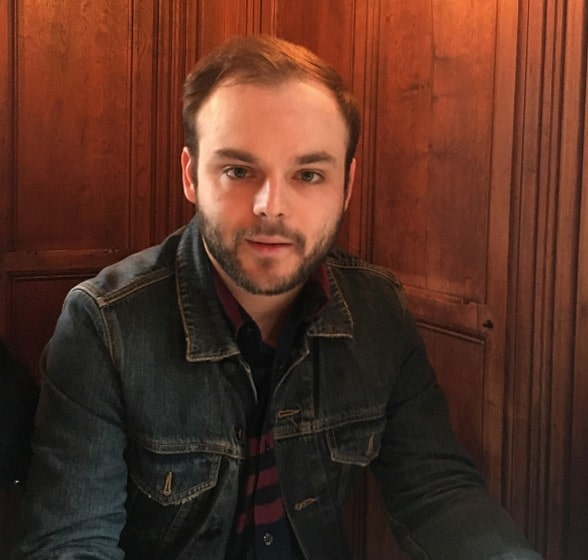 As a lover of the written word, Eva started to write diaries and poems early in life, and short stories after she moved to London.